Baqueira Beret has hosted the Cup finals Spain Audi Quattro Cup RFEDI organized every year. Is the alpine ski circuit base, with skiers of Children categories I and Child II, children between 12 and 16 years. In the last few races, equivalent to the championships in Spain, there have been 700 registrations.

All children in categories I and Children II Children Alpine Ski Spain concentrated over the last week, from Monday 18 to Friday 22 March in Baqueira Beret to participate in the Championships of Spain. This was the final phase of the circuit year after year organized by the Royal Spanish Winter Sports Federation, Audi Quattro Cup, where Spain Cup champions 2012-13 were decided. The organization of the event totaled 700 registrations for all tests.

During the first three days of the week, it was the turn for the boys and girls from 12 to 14 years, belonging to the category Children I. A total of 164 girls and 181 boys participated in three different tests, a giant, slalom and a Super Giant. Catalan and Aragonese federations were the dominant of these three races, since all the podiums were formed by skiers of Catalonia and Aragon. In total, the Aragonese Federation had 10 podium finishes, while the Catalan Federation accumulated to Esports d’Hivern 8. Following the conclusion of these three races and all points scored from all winter tests, the male podium Spain Cup Infantil I was formed by two Aragonese and Catalan. For its part, the female podium Cup Spain Infantil I climbed three Catalan skiers.

But among all the athletes who participated in Children I, there were runners from 11 different national federations with a total of 346 entries. First is Catalonia with 162 registered, secondly Aragon with 84 and third federation with more athletes was the de Navarra, with 22. They were also federations Madrid (16), Castilla y León (15), Asturias ( 15), Cantabria (13), Basque Country (9), Murcia (4) and Andalusia and Valencia (3).

354 enrolled in the finals of the Cup Spain Children II

The number of registered was somewhat higher in the category of Children II, boys and girls between 14 and 16 years. His last three races of the final phase of the Cup Spain 2012-13 began last Wednesday 20 March with the Super Giant, Thursday competed in the Giant and the technical test, Slalom, closed the competition this winter.
Podiums of these races were much more motley, since it is difficult to choose a domineering federation. On the podium of the Super Giant female category there were two skiers of the Catalan Federation and one of Navarra, among men, were two Andalusian and Catalan. Giant in the race, the podium again two runners of Andalusia and one of Catalonia, while three girls were Catalonia which took medals. The test gave Championships ended Spain Children I and Children II, the Slalom, concluded with an Andalusian, an Aragonese and Madrid on the podium and among girls, two Catalan and Aragonese. 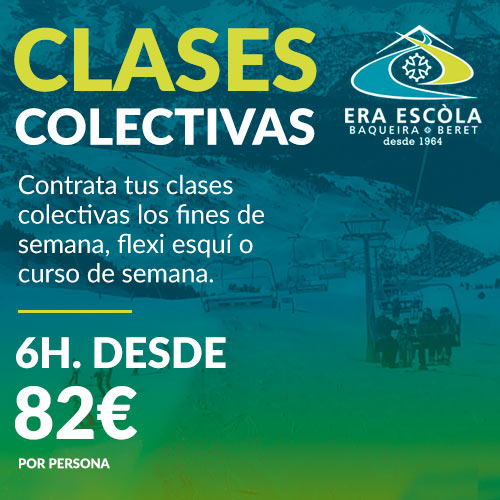