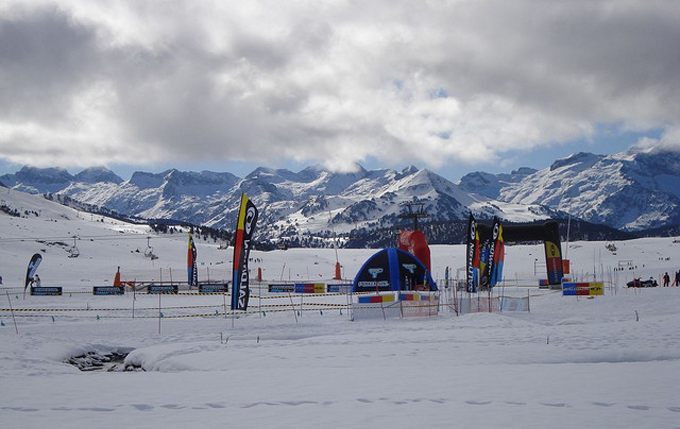 The 36th edition of the Marxa Beret, which was postponed on 1 February due to heavy snow, will be held on Sunday March 22. In addition, the station will also house since Friday Championships Masters in Spain on a weekend spring and expected a total opening of tracks to 146 km and generous snow depths between 255 and 380 cm.

The popular race busiest bottom of the peninsula back strongly after its postponement by heavy snow last February 1. During the weekend of the event they fell more than 2 m of snow in 48 hours and, although forced to postpone it, was a key snowfall for Baqueira Beret has extended its season until April 12.
If exceeded the 1,000 registered in February is clear that the figure will be lower this March although it is expected a significant participation of 600 long distance runners. Registration will be open until 19 at 20.30 online at www.marxaberet.com

Regarding the race, the starting signal will be given at 10 am on Sunday 22 and the race will share the path with the Marxa Naut Aran. It will be held at the usual distances of 10, 21 and 42 km from the Pla de Beret and coincide with the March Naut Aran distances of 5 and 2 km they will be added. Longer paths will drop to Montgarri, which makes clear the quantity and quality of snow is in Baqueira.

All numbers that were collected on 30 and 31 January are valid to participate in the 36th edition of the Marxa Beret on 22 March. In case of not having the dorsal be collected on Saturday 21 at the Welcome House at the Sports Salardú. Moreover, each runner must check the corresponding chip timing control. Welcome House will be open on Saturday, March 21, 10 to 21 h.

Baqueira Beret also have this weekend another big event will be the Championships of Spain Alpine Ski Masters will be held at the Stadium de Beret between Friday 20 and Sunday 22 disciplines super giant, giant will be played and slalom.